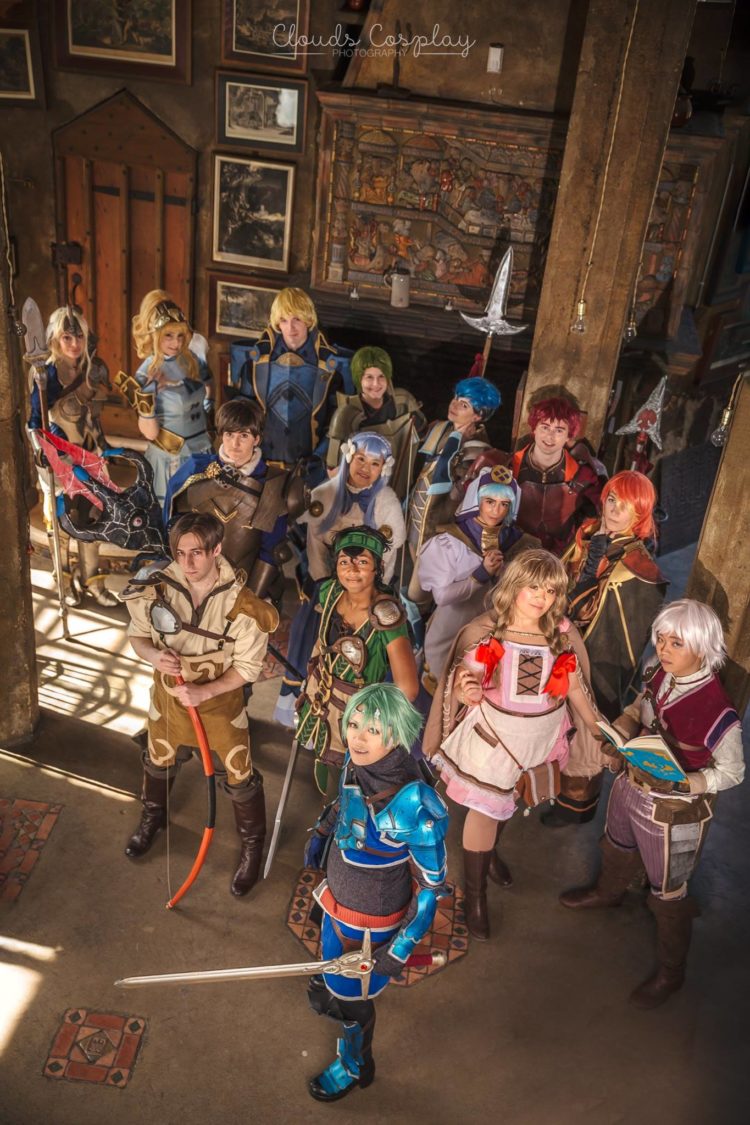 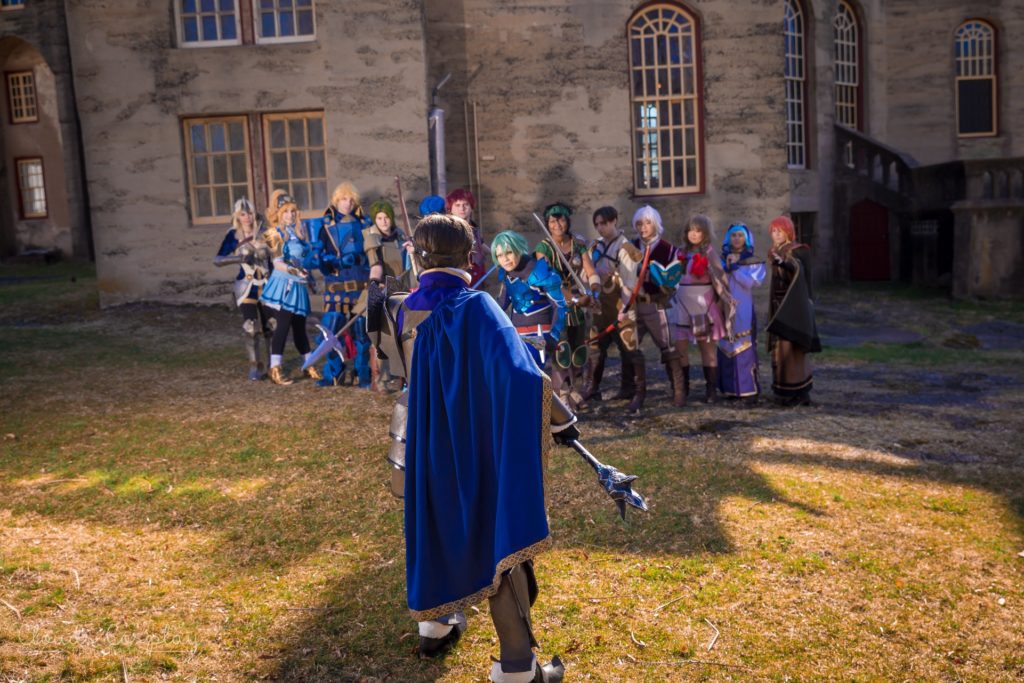 In 2017 I got it in my head how epic it would be to have a full Alm group come together and shoot at an amazing location (really not that crazy seeing how I made a similar attempt with Awakening in 2012). Two challenges, finding people and a location. We had an Alm and Faye on board and I was planning on making Mathilda and Clive. Four down fourteen to go. Kira and I (mostly me) strong armed Box of Ninjas to be Tobin and Kira wanted to make Kliff as well as Alm, and she found a friend to wear him. Two more. When Celine came to visit she decided to do Berkut and contacted a Rinea to join her; great, villains!!

It wasn’t until Katsucon, a little more than a month before the event, when things started to really solidify. I went down for a day with Kira; us in Mathilda and Alm, and was on the look out for those who might be interested in joining. We found our Lukas, Forsyth, and Silque there! Veronica (Forsyth) and Ami (Silque) had attended a CosAlive event prior, and they decided to join us in our shenanigans with little less than a month to make their costumes!!!  Three more! 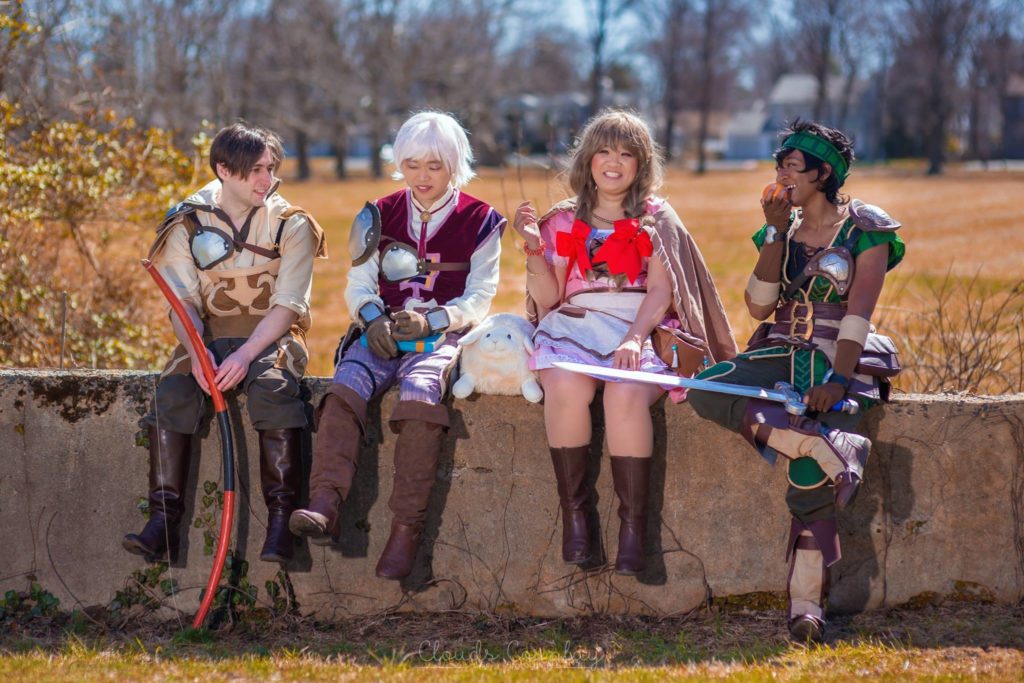 We had a Gray and Clair lined up, but they had to drop out; fortunately I knew of another friend doing Clair and got her to join. We spoke with another person who wanted to do Gray but in the end he couldn’t make it either. It was pure luck I stumbled upon Clarissa’s amazing Gray cosplay and she immediately joined!! Two more AND full Villagers group!

A friend desperately wanted to do Python but she had some prior obligations and wasn’t sure she’d be able to make him in time. Thanks to her burning Fire Emblem devotion, she was able to do it in two weeks on top of her obligations! Full Deliverance group!

I had asked two cosplayers to join us from Canada, and for a while it looked like they could attend, which was awesome! I had Mathilda made but already decided if Aleynn could join as Mathilda I’d make someone else. It just so happened the other cosplayer did Delthea, so I figured I’d make Luthier since I could not secure the two Luthier cosplayers I could find. Ha ha ha in the end they couldn’t attend and I was able to wear Mathilda but needed to find someone to graciously wear Luthier; thank you Celine for finding Luca, and thank you Luca for wearing him!!! 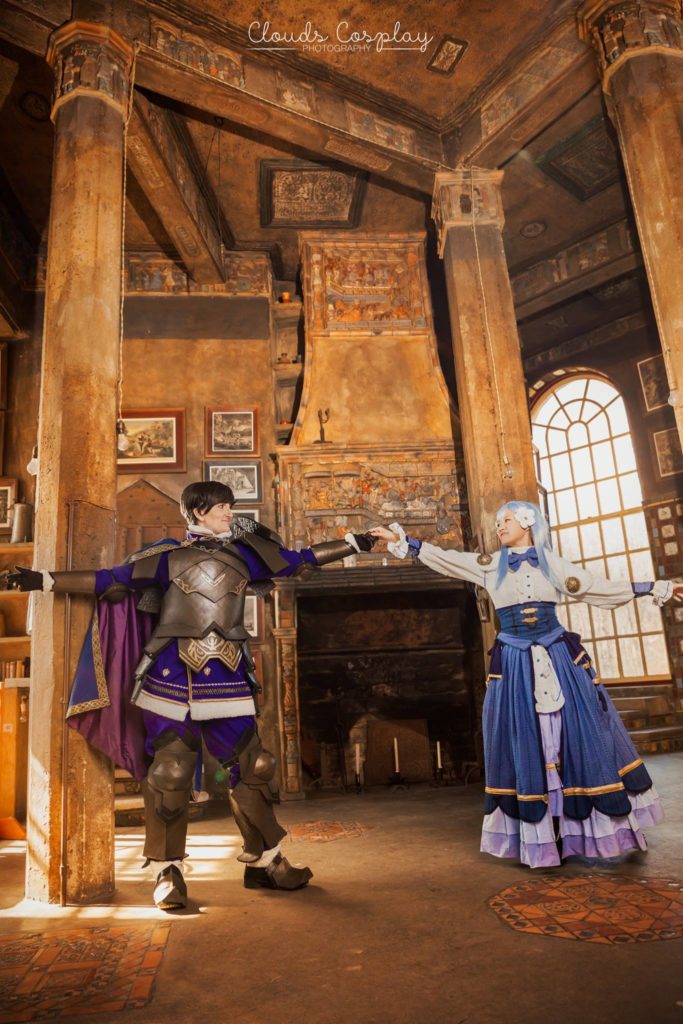 Thanks to my prior legwork for CosAlive, I already had a relationship with Fonthill Castle. After working with them to do an event a couple of years ago they expressed that we were welcome to return so I figured it wouldn’t hurt to check out their availability. We were lucky that they had a time slot for us! We had to plan it around the out of towner’s schedules and March 31st was the final date. Fonthill is a great location to work with and worth every penny.

In the end the event was a huge success and we had a super large group!! Most of us were delirious from late nights making things last minute, but we all made it work in the end. <3 <3 <3

Please try entering https://graph.facebook.com/2094788487214397/photos?fields=source,link,name,images,album&limit=200 into your URL bar and seeing if the page loads.Facebook API came back with a faulty result. You may be accessing an album you do not have permissions to access.