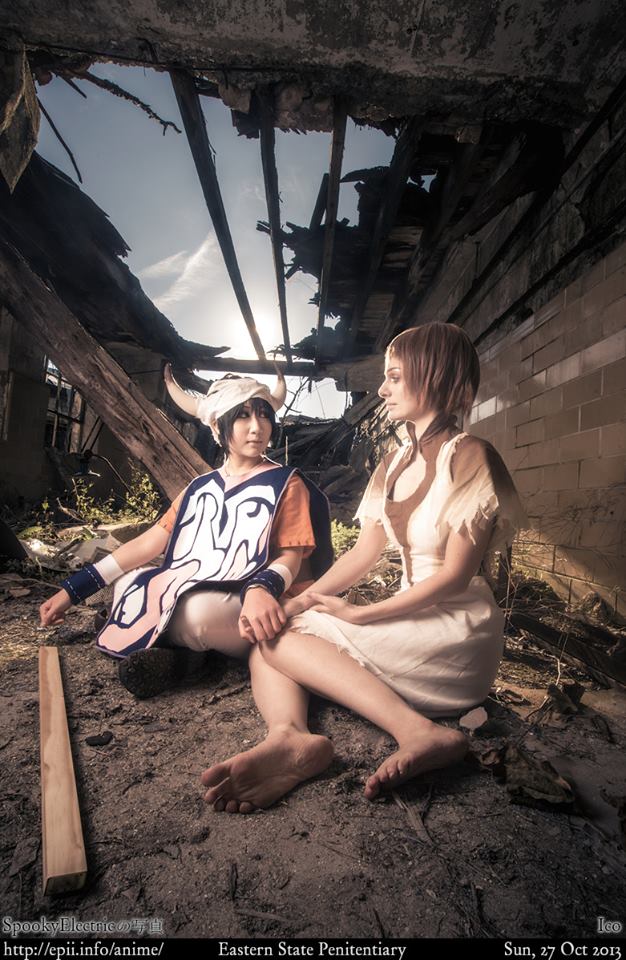 ICO is one of the few games that I have continuously played over and over since I first picked it up in 2002. There is a magic about it that I end up going back to, and I’m never sorry. I’ve always loved the art direction, gameplay, and story; and the characters are so simple and perfect. Yorda always fascinated me with her innocent wonderment and strange glowing skin. And I enjoyed the unexpected heroism from both characters.

Even though ICO is one of my favorite games, I never thought of cosplaying Yorda until a few years ago when I started looking at ICO cosplay online. There are a few, which I was excited to see, and seeing them having fun cosplaying from the game made me want to join in! I bought fabrics to work on her, but she wasn’t a priority project, so I figured I’d get to her eventually. Randomly one day I decided to work on her, and I’m glad I did because I wouldn’t have been able to take part in the amazing Eastern State Penitentiary shoot if I hadn’t.

I ended up making and wearing Yorda to Otakon 2013 and two months later Ted, a photographer friend from CA, expressed an interest in doing a shoot at the Eastern State Penitentiary. I was so excited I couldn’t contain myself since I had been wanting to shoot there for years, but no Philly local photogs wanted anything to do with it. In my excitement about his interest, I posted that I’ve always wanted to cosplay Yorda there, and that’s when I met KistuneSqueak. She was surprised to see someone who cosplayed Yorda, as she wanted to do Ico. And a beautiful cosplay bond was formed. ICO, bringing people together.

The most important thing I wanted to focus on with her dress were gradients and getting the distressed, torn look. I ended up painting dye bath onto her dress in order to get some of those lighter gradients to happen. The dress is made up of two dresses. One is shorter than the other to try to mimic the transparency of Yorda’s in game dress. Ideally I would have had at least one more tiered layer to it, but I opted out.

The sleeves/caplet portion was carefully dyed in it’s own dye bath for it’s gradated look. Fray block was used to keep some parts from fraying too much. And I used e6000 to glue the caplet/sleeves and most of the brown accents on.

I have a page dedicated to painting on fabrics here.

Cosmode
Very excited that Yorda (and Ico) made it into Cosmode 57’s Cossnaps. I thought it was a 50/50 chance since their rules state that only one cosplayer should be in the picture, but I submitted my favorite one since it was just too amazing. Super glad that they didn’t disqualify it! <3 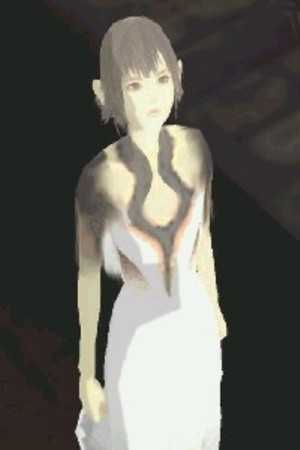 Please try entering https://graph.facebook.com/505548352856350/photos?fields=source,link,name,images,album&limit=200 into your URL bar and seeing if the page loads.Facebook API came back with a faulty result. You may be accessing an album you do not have permissions to access.