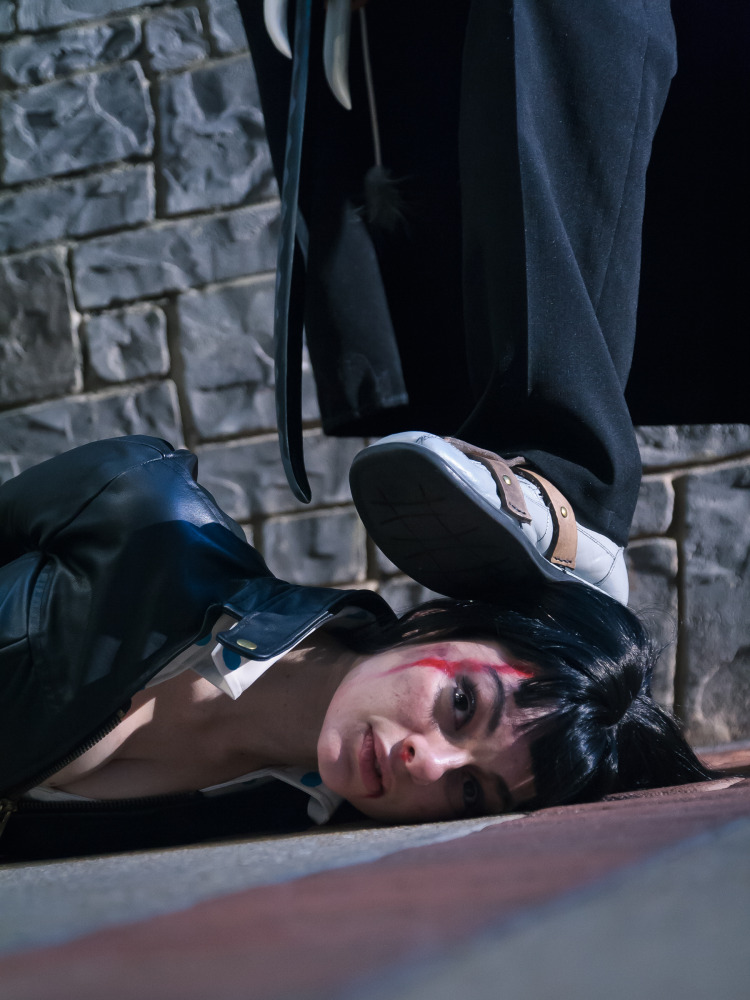 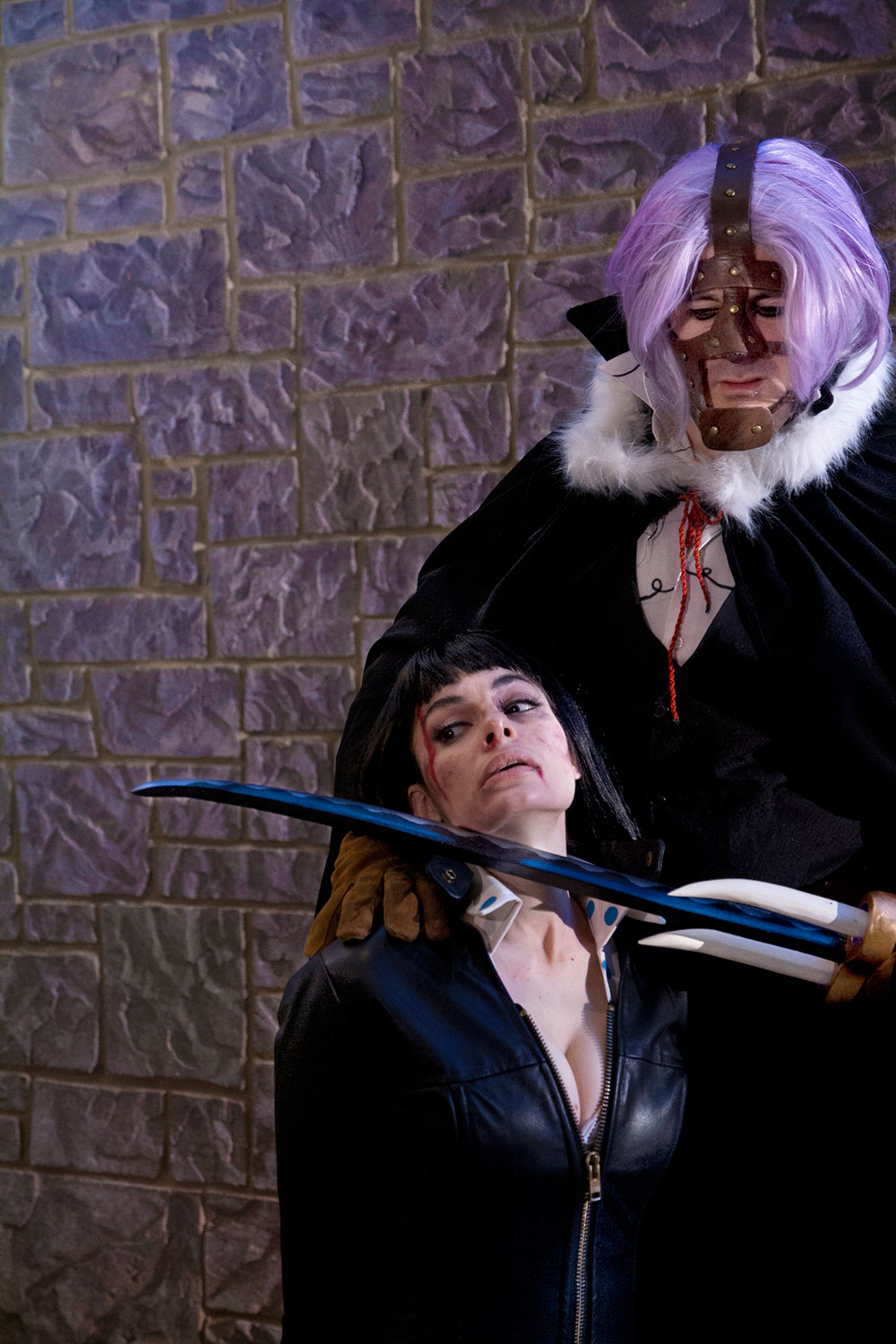 Nico Robin’s Water 7 cosplay was the first anime Robin I attempted. It was back in 2009 and I had kind of rushed it. Basically it didn’t turn out the way I had hoped. I had used a suit type fabric, but always saw it as leather. It fit a bit awkwardly and I needed to alter it a bit here and there, so I wasn’t terribly pleased with it. I ended up selling it to someone and regretted not perfecting it so I could get the photos I really wanted.

Five years later I decided to make it the way it should be made, and am glad I did. I found an extra, extra large black trench coat at a thrift store that I took apart and used to make the dress. And the perfect boots ended up being thigh high riding boots I picked up at a costuming yard sale. I already had the wig, made an undershirt and that was pretty much it.

What made the costume for me was finding a Spandam cosplayer;  NegativeDreamer. We connected on Cosplay.com and were excited about each other’s One Piece cosplay. We decided that we’d try to find a way to shoot together and when he said he was coming to Katsucon, we made it happen. I had mentioned to him that I would do bruised make-up for the shoot, but he was surprised when I actually showed up with the make-up on! Glad that I went and did it; might not have been ‘pretty’, but Spandam beat on Robin pretty good in the series.

My 2009 version was a good first attempt, but was a bit too long for my torso, so it bunched. I also wore a waist cincher underneath the dress, but it definitely showed through near the bottom. Also the boots were too short, the collar didn’t stay up and it was a bit too baggy up top. 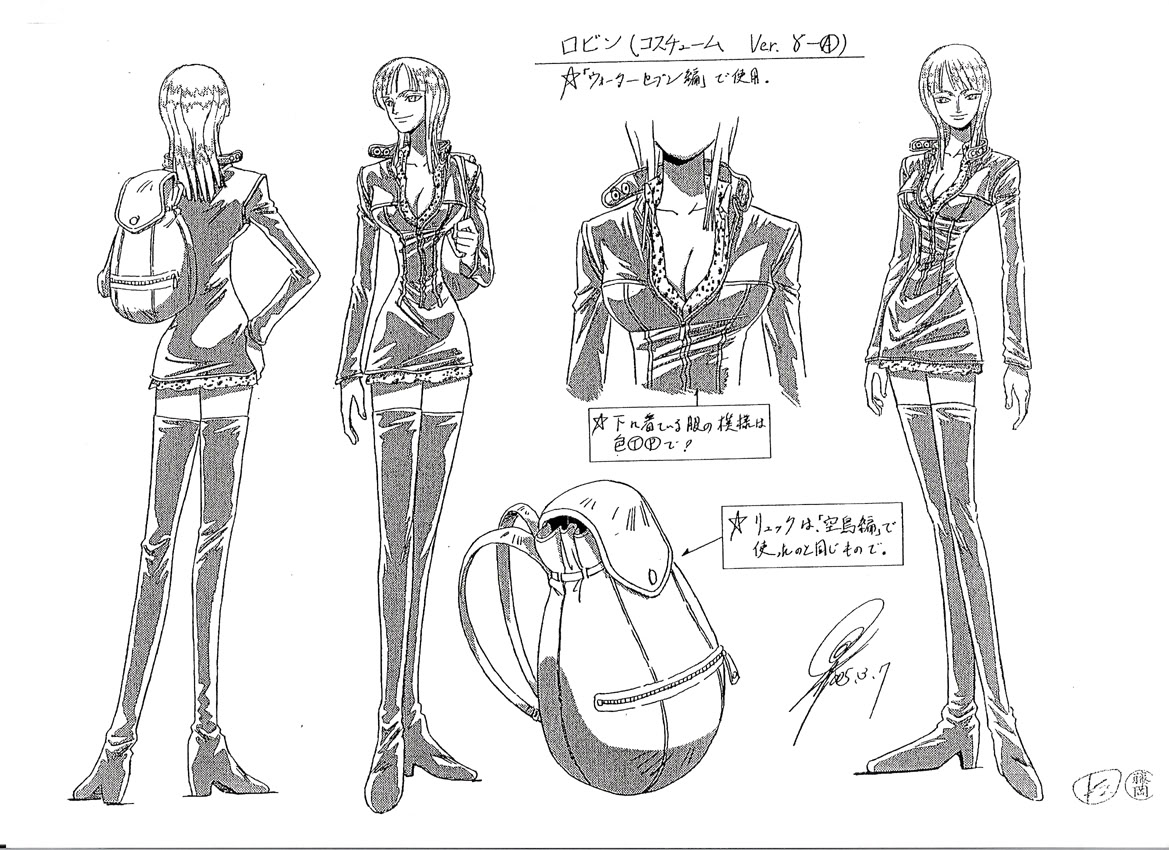 Please try entering https://graph.facebook.com/800738640003985/photos?fields=source,link,name,images,album&limit=200 into your URL bar and seeing if the page loads.Facebook API came back with a faulty result. You may be accessing an album you do not have permissions to access.