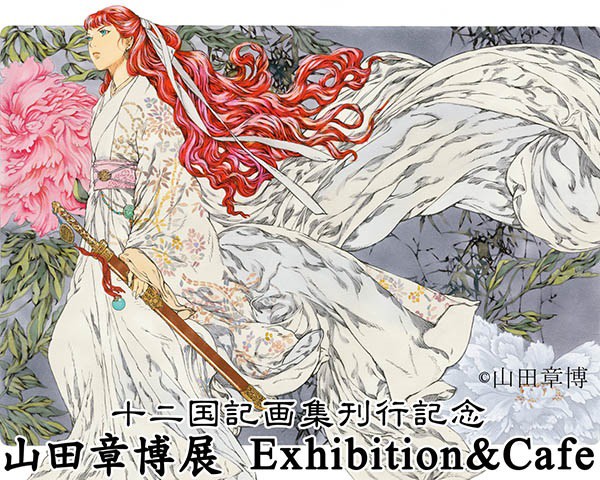 Sometimes appliqué isn’t the answer; as much as I prefer to sew on designs, for longevity’s sake, painting is the solution. I’ve only painted on a few of my cosplay, but when I do, generally I make stencils because I am a stickler for clean, crisp edges (which sometimes don’t even happen with stencils, due to user error).

I sketched out the designs, transferred them onto blank stencil mylar sheets, and carefully cut them out with an X-ACTO blade. In the end I had 5 floral stencils and a number of foam brushes, cut at various sizes to freehand the bamboo designs. 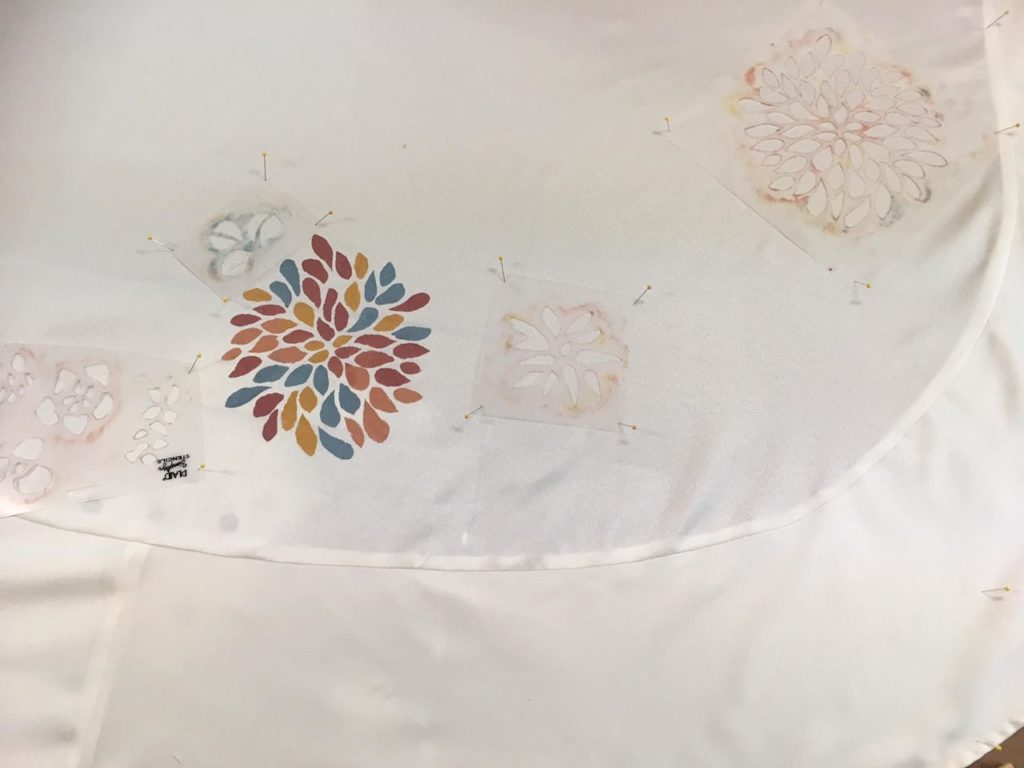 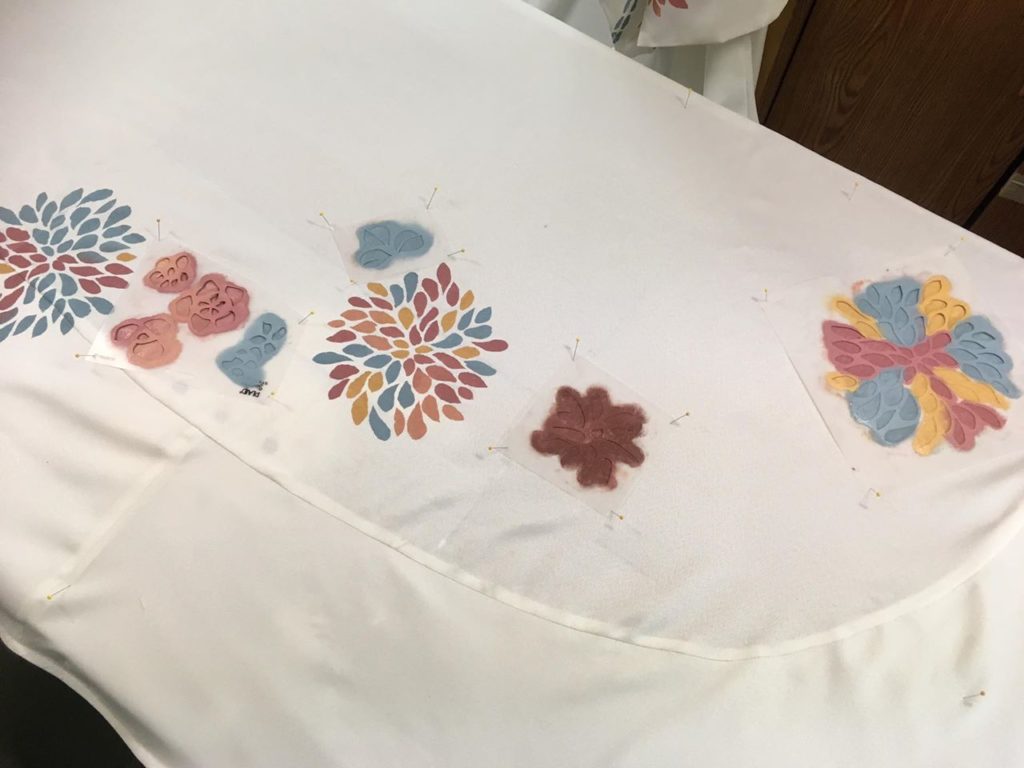 At first I wanted the colors to look watercolored, to match the gorgeous illustration, but in experimenting (on the actual cosplay) I decided that I’d need to scrap the idea. What not to do: experiment with painting on the actual costume. I had also tried to freehand a few of the watercolored designs because I thought that might give a better feel to it, but in the end it ended up looking a bit messy and the colors were inconsistent. After the failure of my first attempt I went back and premixed all the colors I wanted to use in large quantities so I would not have to remix them.

A lot of liberties were taken with the design placement ; the only clear picture we get is with the one angle on the book cover and I tried to mimic that same feel on the entire hanfu coat (not sure of proper term for this particular article). 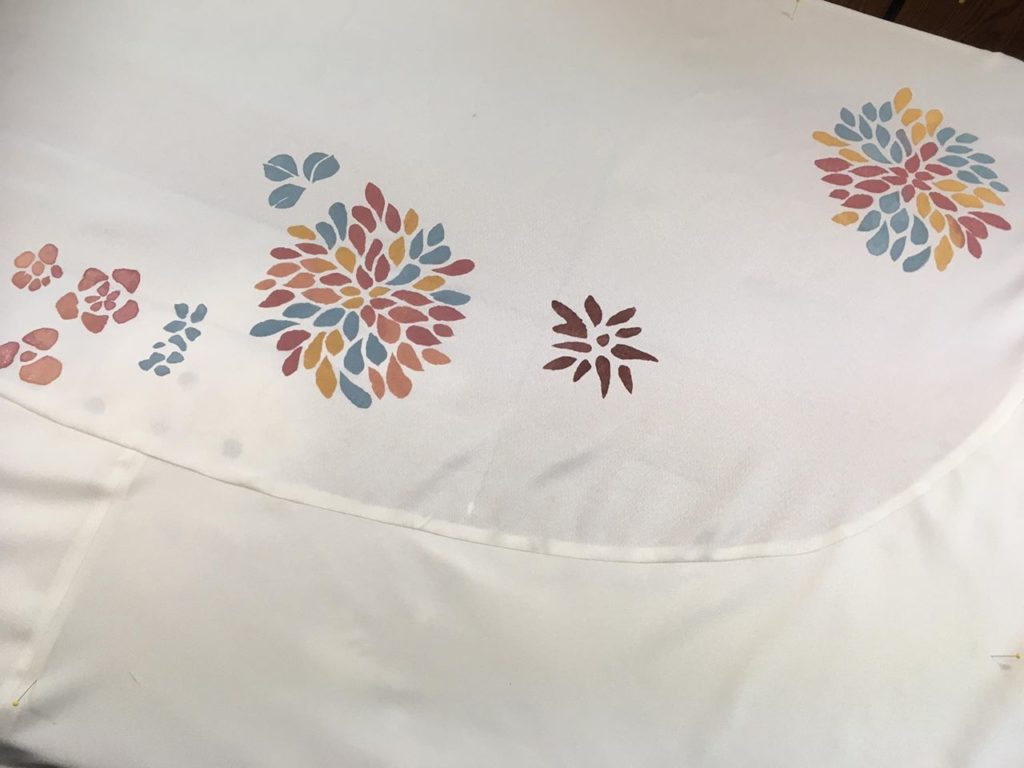 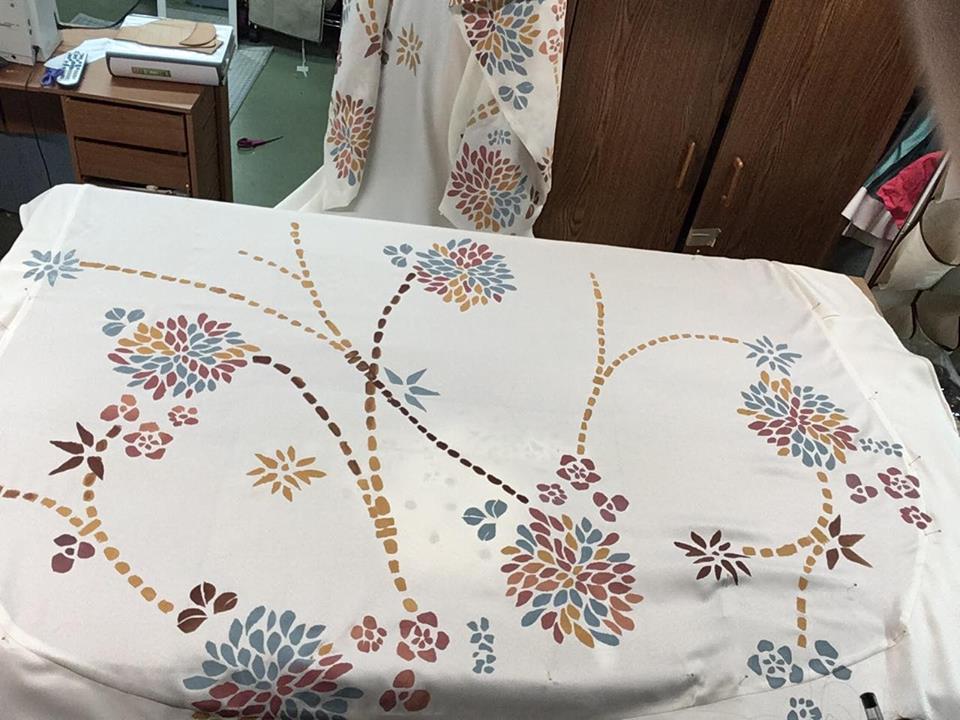 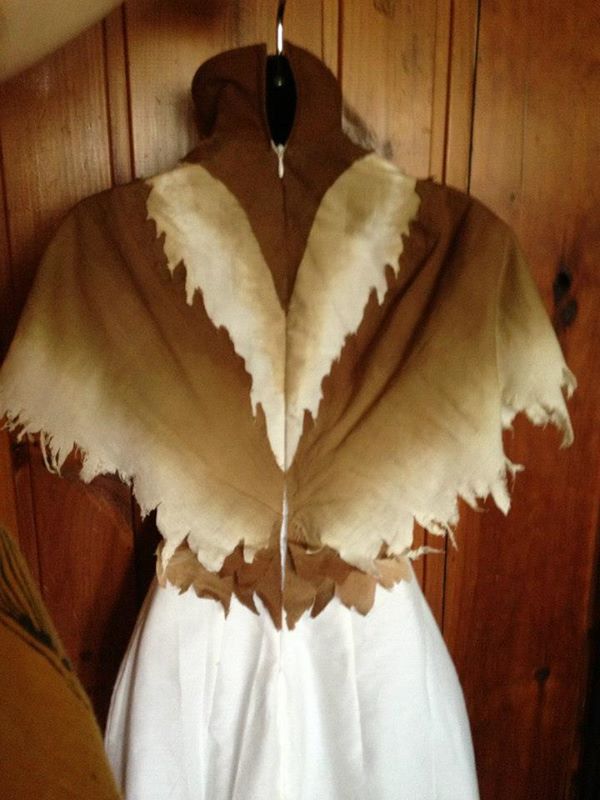 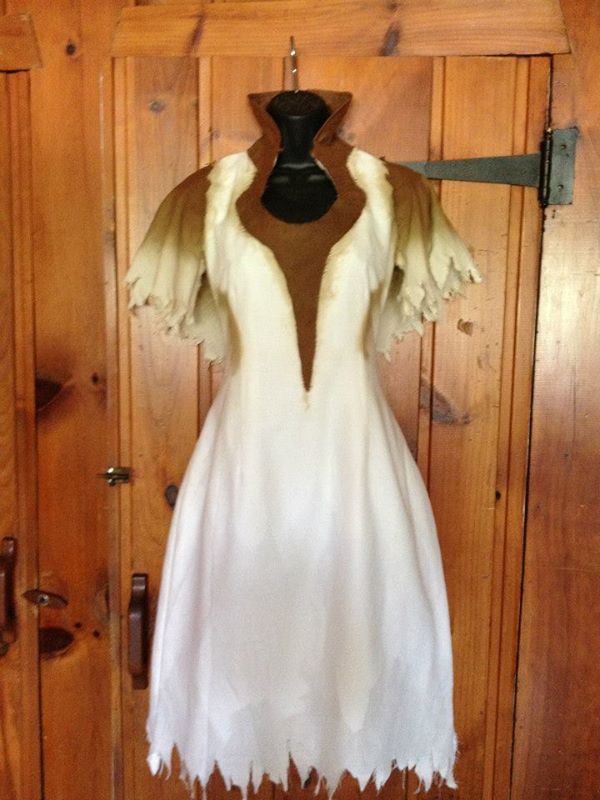 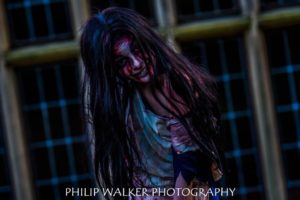 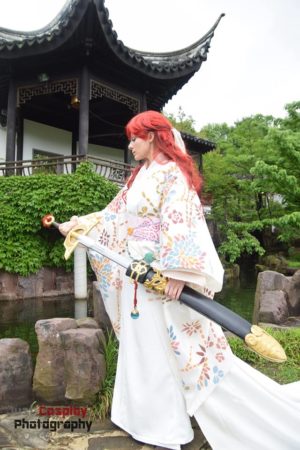 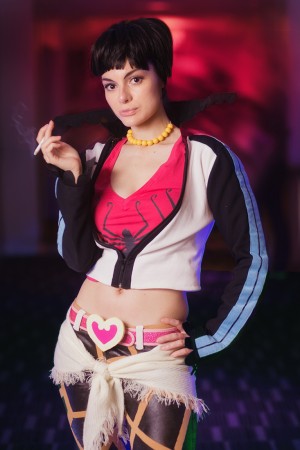 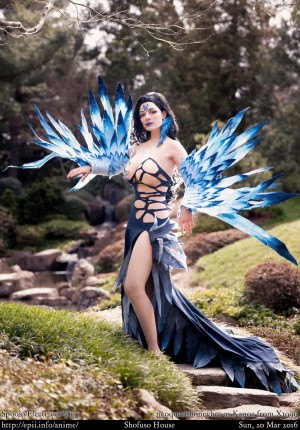 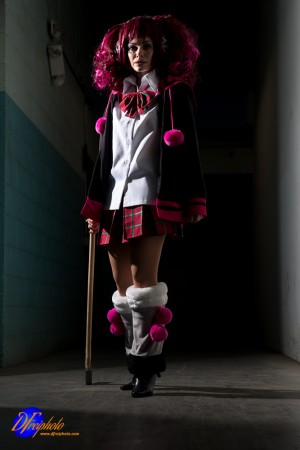 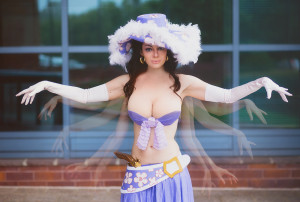 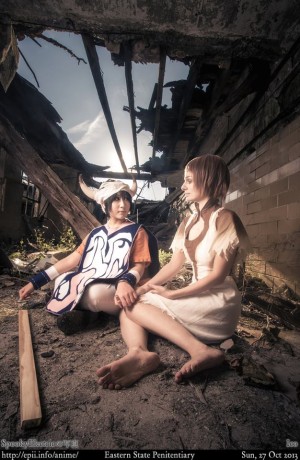 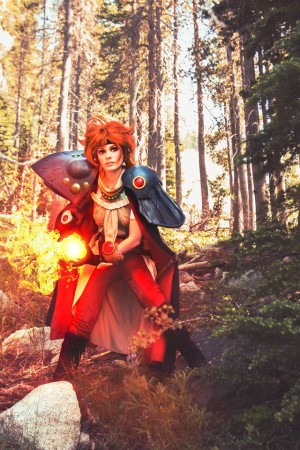