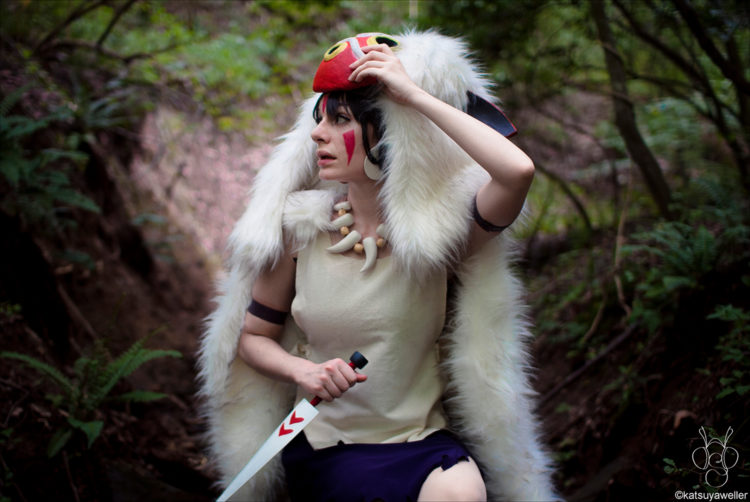 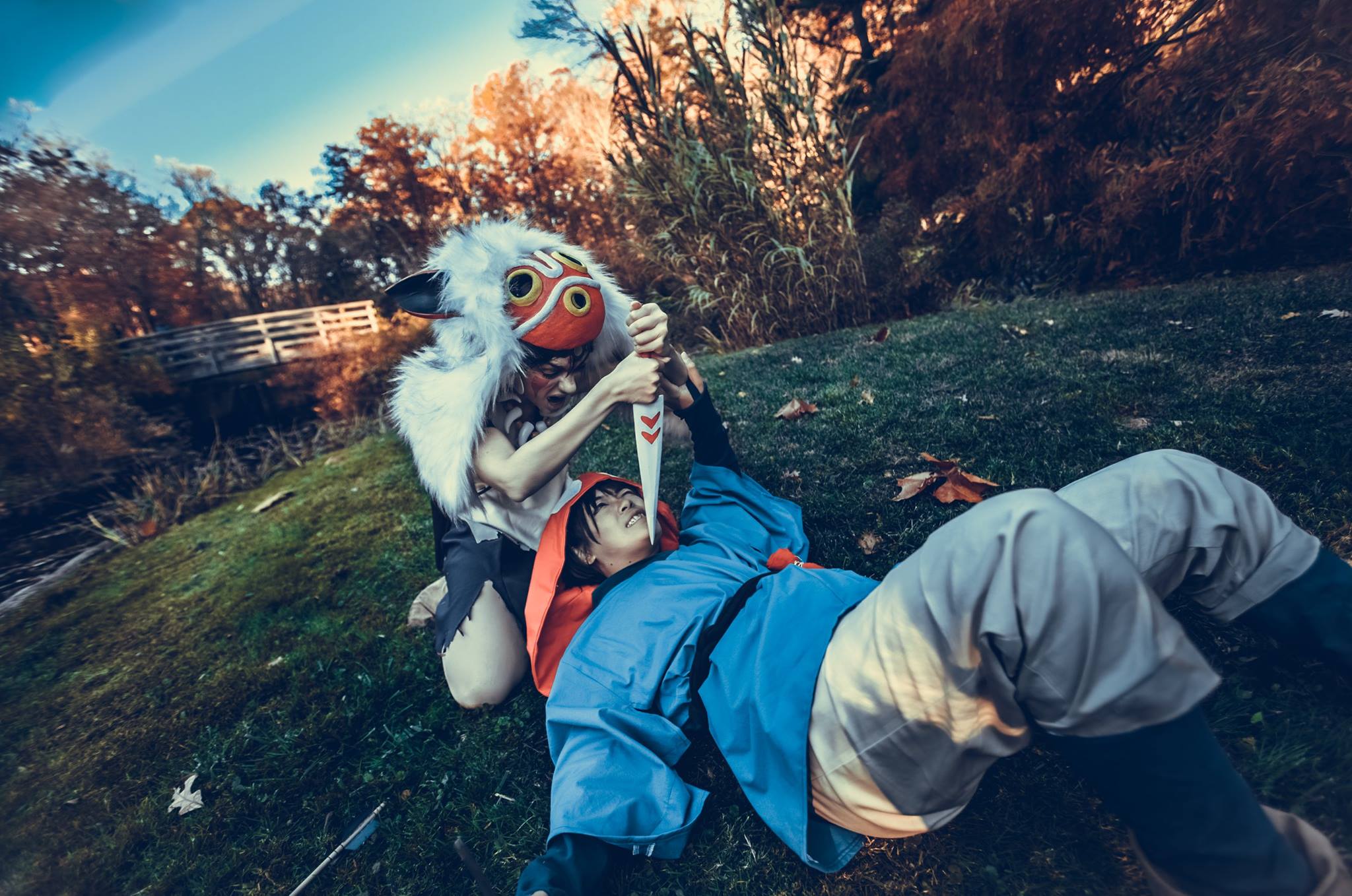 Considering how Mononoke Hime is my favorite Miyazaki film, I can’t believe I hadn’t cosplayed from it sooner. There are plenty of online reviews about this movie, so I’ll just simply say it is one of the most beautiful stories about the relationship between humans and nature I have seen. For a fantasy movie it has very real characters and themes (somewhat dark too); there is so much to love about this film. Plus San is a character I identified with in my youth since I loved being in nature.

I know I mention it often, but I’m getting old so sometimes I feel really silly cosplaying past a certain age! But putting that aside, I decided to cosplay San anyway because she was an inspiration to me.

The costume was pretty simple; her dress and apron were quick to make and I was fortunate enough to have those fabric on hand. I went more by the concept art for her necklace, which was made from paper clay. I also made a knife sheath out of leather, but was very frustrated with myself when I accidentally spilled the wrong stain to color it (much darker than I had wanted). I covered a pair of slip in sneakers in a suede and used leather cord for the ties. The most expensive part was the fur; I wanted the fur lined in fur AND was adamant about getting a more realistic looking, long shag fur. 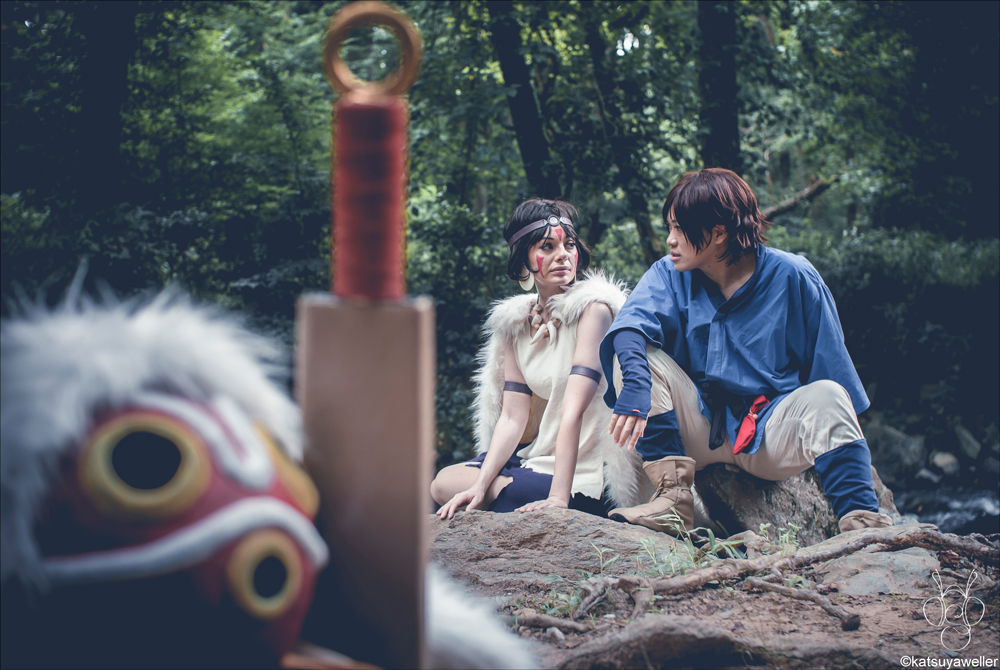 I researched many posts about the mask before settling on how I planned on making mine. I used the half styrofoam balls found at Michael’s or Joann’s as a base and drew out everything on it. Then I used air dry clay for the detailing and afterwards covered the entire mask in black worbla. It worked much better than I had originally thought it would! The worbla gave it a grainy texture which felt more ‘real’ to me and I used one coat of colored paints so the black could show through a bit; made it look a bit more tribal. I used paper to pattern the ears, then cut the ears out of 6mm craft foam and sandwiched it between black worbla. After it cooled down a bit I heated it up again slightly to give the ears form. After punching holes around the edges where all the pieces would connect to the fur, I sewed them on. 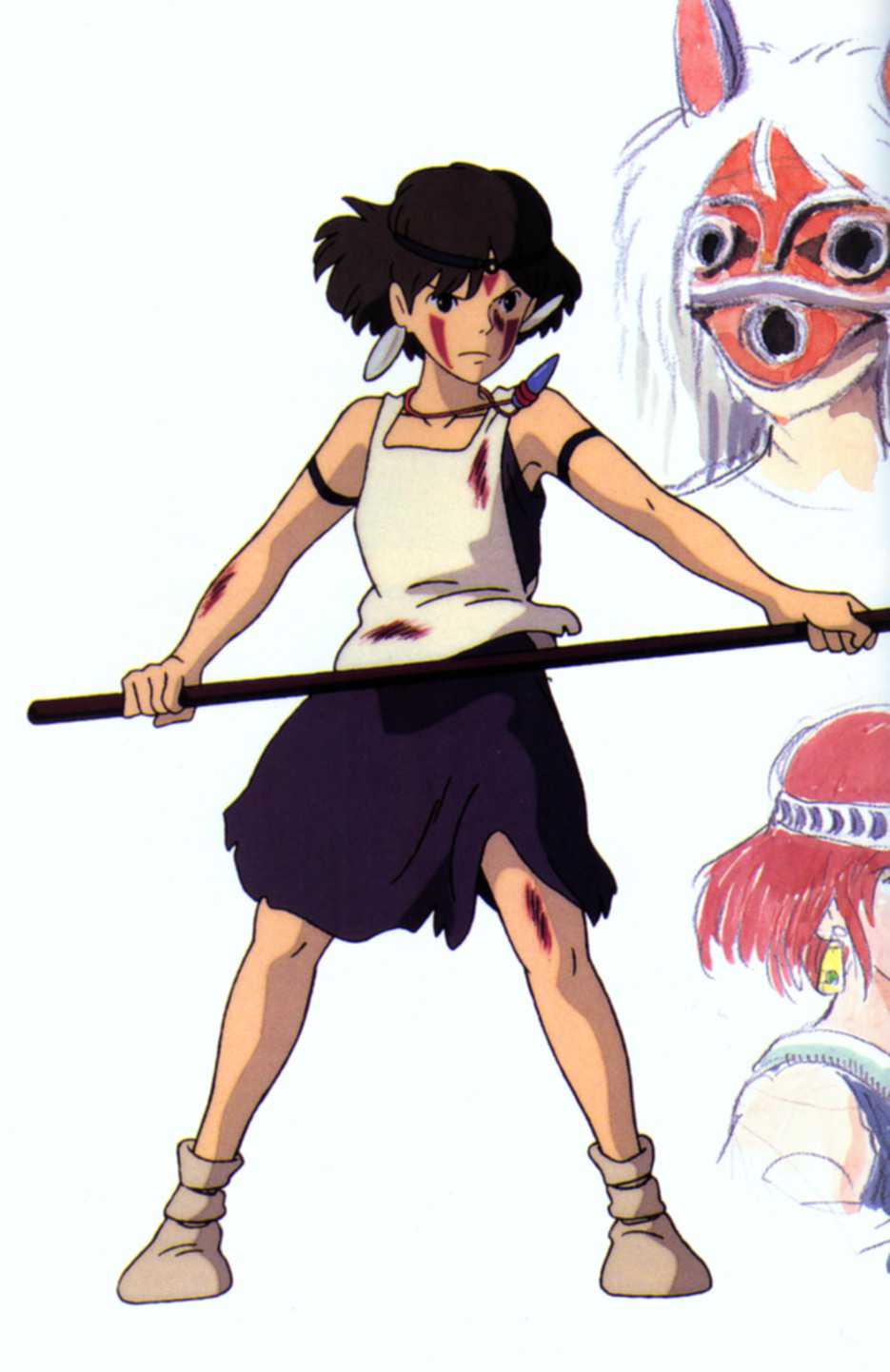 Please try entering https://graph.facebook.com/921234251287756/photos?fields=source,link,name,images,album&limit=200 into your URL bar and seeing if the page loads.Facebook API came back with a faulty result. You may be accessing an album you do not have permissions to access.