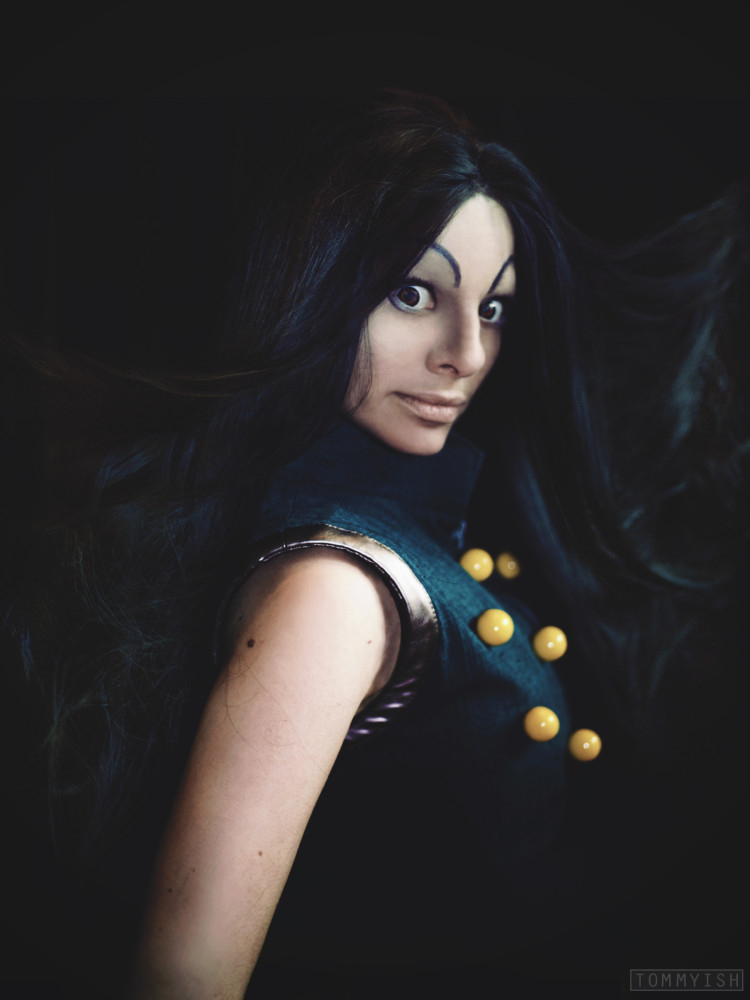 As much as I’ve loved Hunter x Hunter since the 1999 series was coming out, I never thought about cosplaying from it. It all started when I met a local cosplayer, Milzarr Celerus, and we talked about what we could possibly cosplay together. We both loved the series and Milzarr mentioned always wanting to cosplay Killua and if I’d think about Illumi. I had not done a crossplay at that stage, but agreed. Unfortunately we never got to cosplay together, but Illumi Zoldyck was still on my list.

Two years later I met some other cosplayers who also loved Hunter x Hunter and they wanted to do Killua and Alluka from the 13th Hunter Chairman Election arc. I had always planned for the Hunter Exam version of Illumi, but since the fabrics were practically the same color, I easily adapted my plans to make a his other outfit (and still have fabric left over for Hunter Exam Illumi).

The outfit was pretty easy to make; I just altered an old pant pattern I had lying around (though I would use a different pattern if I could go back in time because of the front darts. Don’t like ’em). Top was easy to pattern and made it stiff with a thick interfacing. The hardest part of the cosplay was the pins/balls. Found the right sized wooden balls at ACMoore; they were perfectly round with an opening on one side. Then I got really long paper fasteners from WalMart and wood glued them in the holes. From there I was able to easily fasten them onto my top.

Kirato and I were able to debut our Alluka and Illumi cosplay at Zenkaikon 2015 and joked about how we’d be the only HxH cosplayers there (since it is a much smaller con). Five minutes after walking into the hotel a Hisoka walks up the hotel stairs. We beelined over to her, took snap shots and started talking. Then we see a Kurapika and chat her up. Then a Morel appears and Kirato and I start getting super excited. After meeting the Morel, and hearing about at least four other HxH cosplayers at the con, we decided to schedule an impromptu meet and to tell all the hunters we come across. For the size of the con the meet was pretty epic! We had a Silva, 2 Killuas, Hisoka, 2 Kurapikas, Machi, Ging, and Morel. Have to say, best Zenkaikon ever.

Please try entering https://graph.facebook.com/820159268061922/photos?fields=source,link,name,images,album&limit=200 into your URL bar and seeing if the page loads.Facebook API came back with a faulty result. You may be accessing an album you do not have permissions to access.