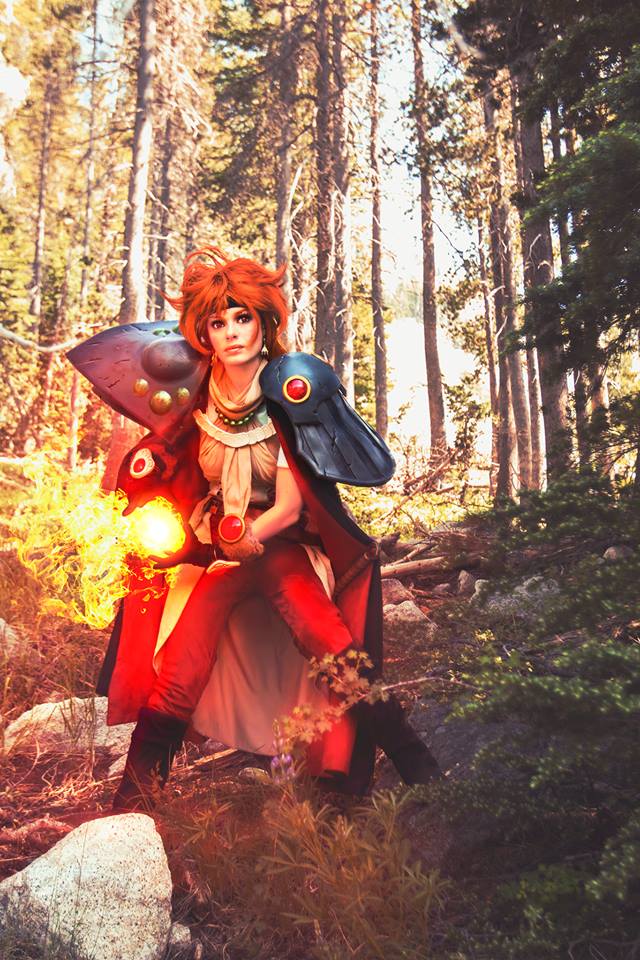 Now that I have a Lina cosplay, I’m super excited to meet other Slayers cast cosplayers and get epic pictures taken! My dream would be to have a really tall Gourry cosplayer to get pictures with! I don’t think it’s possible, but I’d love love love to have an accurately proportioned Gourry..who’d have to be like…7 feet tall to match my height. A super amazing Naga would be sweet too (may have one at Katsucon 2013)! Though, I’d totally love to get pictures with ANY Slayers cast…just have to find where they all are.

Slayers was one of the first anime, that wasn’t Dragon Ball Z or Sailor Moon, I watched as a teen. I was instantly hooked on the series. Sadly, I was a teen during the ‘rent anime on VHS era’, so I didn’t have the pleasure of watching the whole series until years later when they were available for purchase (still on VHS). Even now, Slayers and Slayers Next remain my one of my favorite series, Next being my favorite of all the seasons.

Although Next is my favorite Slayers anime, I chose not to cosplay Lina from the TV series. There are so many well done Lina TV series cosplays, I wanted to do something different. After purchasing the artbooks, I fell in love with her blue shirt outfit. I don’t think it’s actually used in any of the OVAs or movies, but the outfit is used in the art quite often. And not just with Naga, Lina is pictured wearing this outfit with Zelgadis and Gourry too!

However, even after deciding not to cosplay series Lina…I found a few pictures of her in the TV series outfit with awesome white shoulder armor!!! So in love with the armor that I really really really want to cosplay that version. So…yeah. Guess what I’ll be doing in the future! XD

I will definitely be getting more pictures wearing this cosplay in the future. I’ll probably end up remaking some pieces, but for the most part, done. <3

The Tangier restaurant in Los Angeles is Lina approved! All you can eat Korean BBQ? Too bad Gourry missed out…naaaaah!

See above pictures for details on the shoulder armor.