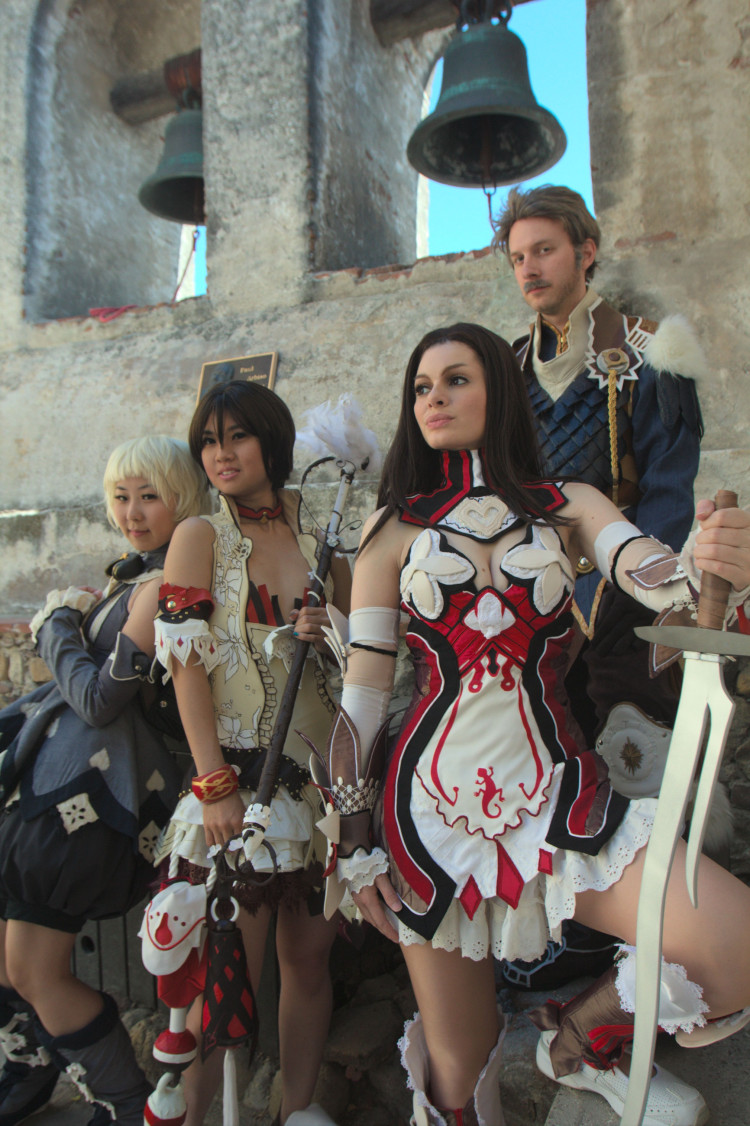 During my recent trip to California, I brought my Melissa Tiss just so I could rendevous with my other MC2 cosplay friends for a photoshoot. We had a Zephie, Raud, Rue, and Melissa. Unfortunately ‘our’ Claire moved away, and we were unable to find another Claire cosplayer to join us. We were really trying to get a huge MC2 character group together, but in the end, we were the only ones who made it to the San Juan Capistrano Mission.We’ve been on the lookout for a Juto for a loooong time, but have had NO LUCK within the States.  One day I will find a Juto to cosplay with!!  TT_TT

So, our line up consisted of Denise Kuan as Zephie (Rzephillda Grena Berlinette), SpookyElectric as Raud Tesura Mahan, envirion as Rue (Siara Rue Tessia), and Me (Neoqueenhoneybee) as Melissa Tiss. ‘Our’ Claire, Jo, was very missed.

We had lots of fun as 4 awesome photographers took photos of us one by one and in groups.

Confession, both envi and I had really hoped to make Crocell and Elgar to make this shoot even more epic! We were disappointed when we didn’t have enough time to make them. However, we still hope to make them for the future! I was ready to pass on my Melissa Tiss to someone else and wear the Elgar myself, but then my cousin Jon said he’d totally wear it. Ha ha ha, I’ll just have to make it for him! Oh well, he’s kind of PERFECT for cosplay, so it’s going to be awesome. Oh, and we’d have to be in NY.