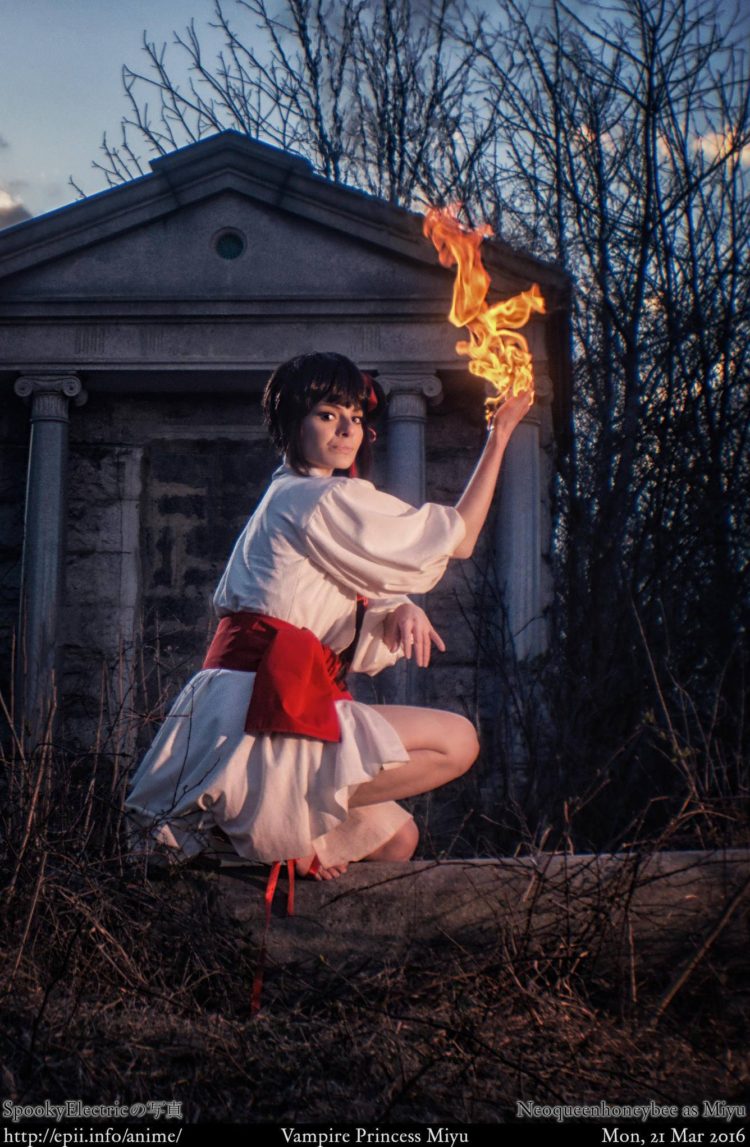 While Miyu has been an intriguing character to me since first discovering the OVA, I never thought of cosplaying as her; mostly due to my age. I’m so much older than Miyu (SO much) and honestly didn’t think I would be able to pull her off at all! Well, I’m glad I threw age caution to the wind and attempted it anyway. Both Miyu and Larva cosplays turned out better than I had hoped!

I really do have to thank M9 Cosplay for this endeavor. If he hadn’t invited me to a cosplay photography event he’d planned, I’d have never been motivated to make both Miyu and Larva. Reasoning behind all that; the cosplay event was in a wooded and field setting and most of my cosplays are pretty location specific. I didn’t have a cosplay on hand that would make tons of sense in the woods (well, I have Lina, but already had her shot in the woods a few times and wanted something new).

I had been mulling it over for weeks, what to do? Then the idea of Miyu was planted by a Miyu cosplayer I saw at AWA. What really sold me on making her was that I had all her fabrics on hand and was able to make her outfit in a few days. But what is Miyu without her companion, Larva? My friend, Danny, was more than happy to be my Larva, so I spent about less than a week making a costume for him to wear. (So much fabric!)

The event was wonderful, the photographers were fun and friendly and the pictures turned out great!