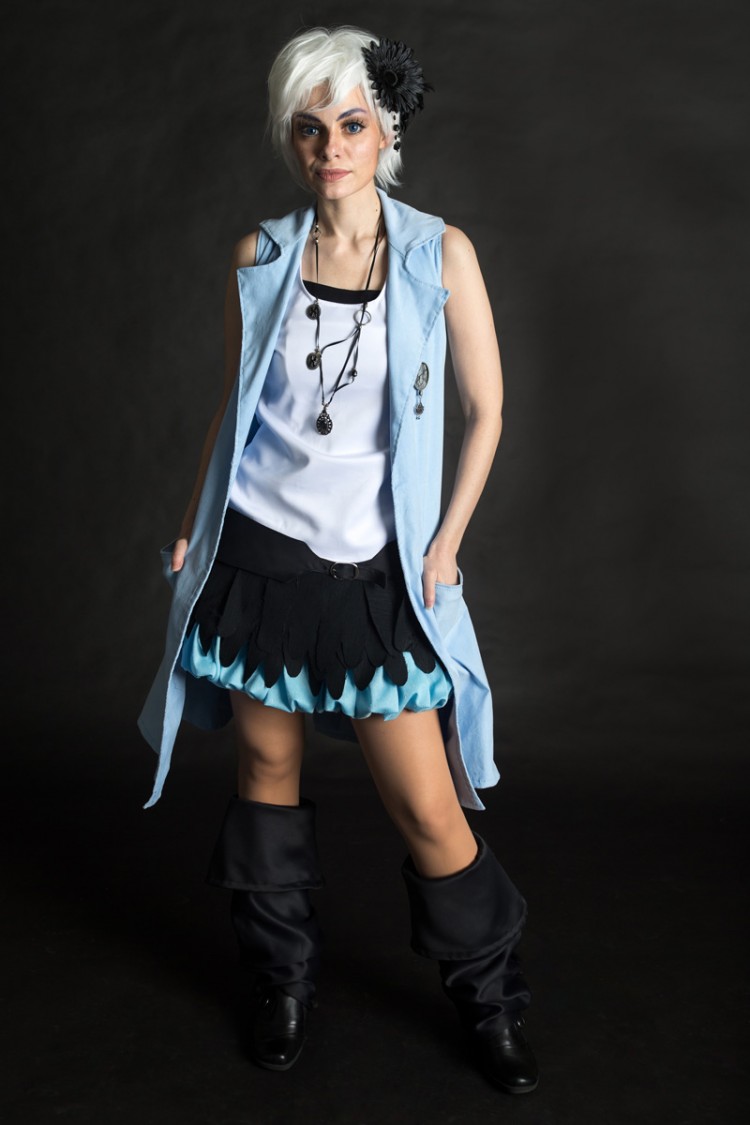 After 999, VLR came immediately after. I remember I took to Phi after spending more time with her; and even after beating the game she was still mysterious. I liked her blunt personality and simple outfit. Though I think initially I was debating between Phi and Luna, but preferred Phi.

If you are unfamiliar with the Zero Escape series, I highly recommend them; you must start with the first game, 999. Events from the first game are integral to the second. Virtue’s Last Reward is a direct sequel. VLR is a much stronger game, gameplay wise, but 999 is still amazing and vital to characters/plot.

I’d say the ‘hardest’ part of Phi was finding the right colored blues in the fabrics I wanted. Maybe patterning the odd ‘feather’ skirt was a little time consuming, but pretty straight forward.

The most challenging thing about wearing Phi is actually the make up; my complexion looks terrible with white and other light colored wigs. I had to go to Sephora, with wig in tow, and have someone explain to me how to get a white wig to look semi decent with my skin. The biggest help was bronzer, and lots of it. Of course she did some really nice make up on me, but I still need a few more attempts on my own to get it just right. :/