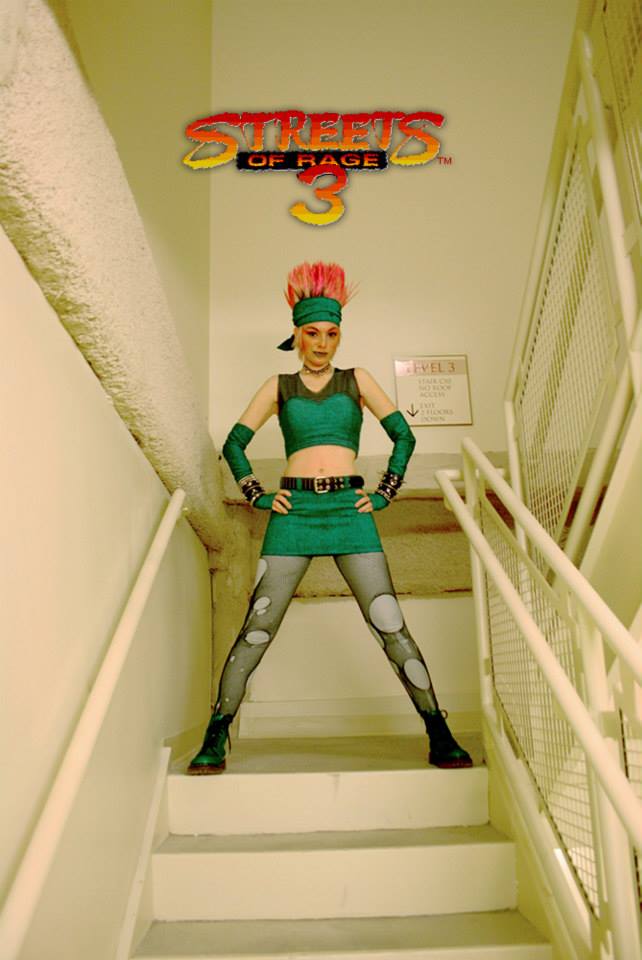 Streets of Rage is one of those games I love to death, if you couldn’t tell by my two Blaze cosplays. But In searching the inter webs for SOR cosplay, I found only a handful of villain cosplays. Let’s give the generic villains some love!

No contest, Soozies have always been my favorite of the generic female grunts in the series. I think what solidified it was the night club level in SOR3 where you walk in and three Soozies are ‘dancing’. Which for Genesis days was basically flipping the sprite forward and backward. But I always got a kick out of it and made Blaze ‘dance’ with them. And I also loved the variety of colors she came in.

I took a few liberties; technically with my color scheme my wig should have been all pink, but I chose to do the blond/pink hair from the black variant. Always loved the combo. Also, chose to do the American sprite version since she’s more clothed.

The teal combat boots were found on ebay, and they were the perfect color! Jean material, denim, was used for the outfit and decided to add my own flare. I chose to make it a mid-drift top, like the Japanese version, and to have torn fishnet stockings over the silver leggings. Since I had already made a similar skirt for SoR3 Blaze and used that pattern. The hardest part of the costume was the top; it was the first time I was working with a built in bra system.